English as She is Spoke

A thoroughly modern entity like the European Union should have its own official language. Currently, we have the agreed number of ‘24 languages as "official and working": Bulgarian, Croatian, Czech, Danish, Dutch, English, Estonian, Finnish, French, German, Greek, Hungarian, Irish, Italian, Latvian, Lithuanian, Maltese, Polish, Portuguese, Romanian, Slovak, Slovenian, Spanish and Swedish’ (Wiki). Since few of us can speak all these, plus the many other tongues preferred in various bits of the union (including Catalonian, Valencian, Basque, Galician and around another ninety palavers and a further fifteen major immigrant languages), we generally settle for English, French, German and (to a degree) Spanish. Everybody, hopefully, speaks at least one of these. 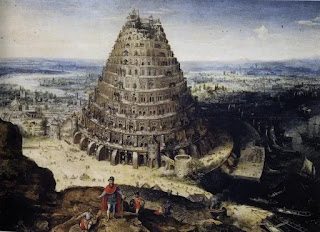 EU rules – designed not to offend – mean that products have to carry the local language on their merchandise, which is why Kleenex for example says tissue, mouchoir, pañuelo and, er, Papiertaschentuch and so on in 24 languages. The main reason, I think, that the EU can’t grow any more is that there isn’t any more room on our boxes.

That’s also why there are three labels of closely-worded text on the inside of one’s trousers saying ‘Do not Bleach’ in a veritable Babel of lingos.

Europeans are generally unfazed by foreign languages (many readers of the Business over Tapas - my weekly news-buletin - have English as a second language). Although this may not be entirely true of the British who always view learning languages at school as a rather futile exercise rather than something which may one day prove useful.

Probably because they started us off on Latin (some of us). Still, we have our pride.

From Connections France this week comes the slightly silly ‘Expat campaigners: Help us bust myth of boozy Brits abroad’. We read there that ‘Britons abroad are not all wealthy boozers who speak no foreign languages…’.

Actually, and take it from me, some of the Brits here in Spain not only don’t speak a word of Spanish, they can barely speak their own language.

Even when they're sober.

Seriously though, despite the UK no longer being a member of the EU, English remains the first language of use, says Forbes here. It says ‘As of 2012, a majority of EU citizens (51%) could speak English, either as a first or second language. It was the only language that could realistically be used as a mode of communication, given that only 32% can speak German and 26% can speak French’. As we wait for newer statistics, they estimate that around 50% of Europeans can speak English ‘as a second language’ today.

I believe that the language of culture, maybe thanks to Hollywood, is English. Who wants to see Humphrey Bogart in translation, or listen to Frank Sinatra without understanding the words?

But can you have English as the de facto language of 446 million people following Brexit?

There are no countries currently within the EU who use English as an official first language, although we might be splitting hairs here (Ireland has Gaelic and Malta has Maltese as their ‘official languages for EU purposes’). Within the Schengen Area, and we must again tweak the facts, only Gibraltar speaks English as its first language. Maybe one day we shall be obliged by the pedants to say that ‘in Europe, we speak Gibraltarian’.