In the past I have often pointed out the difference (and benefit) to Spanish society between foreign settlers and foreign tourists. While the settlers are cordially ignored by the authorities (except during the tax season), foreign tourism receives enormous media attention, massive investment, endless promotions both at home and abroad, heavy institutional advertising and even a dedicated government ministry along with its regional equivalents. In several communities and resorts, the councillor for tourism is the second most visible politician in the government.

But then, as Spain basks in the huge amount of money brought here by tourism (forgetting that a sizable chunk of this stays in the country of origin to pay agencies, airlines, insurers and so on), along comes something to put the cork in – maybe a pandemic like the one that has assailed the industry for the last two years.

If visitor numbers had dropped by 75% in 2021 over 2019 (the last halcyon year for tourism) the number of foreign residents either stayed the same (they couldn’t sell-up and leave, what with one thing or another) or even rose in numbers.

That’s of course not including those few who dared the odds and actually took out Spanish nationality.

While many of the six million are immigrant workers, the largest collectives being Romanian, 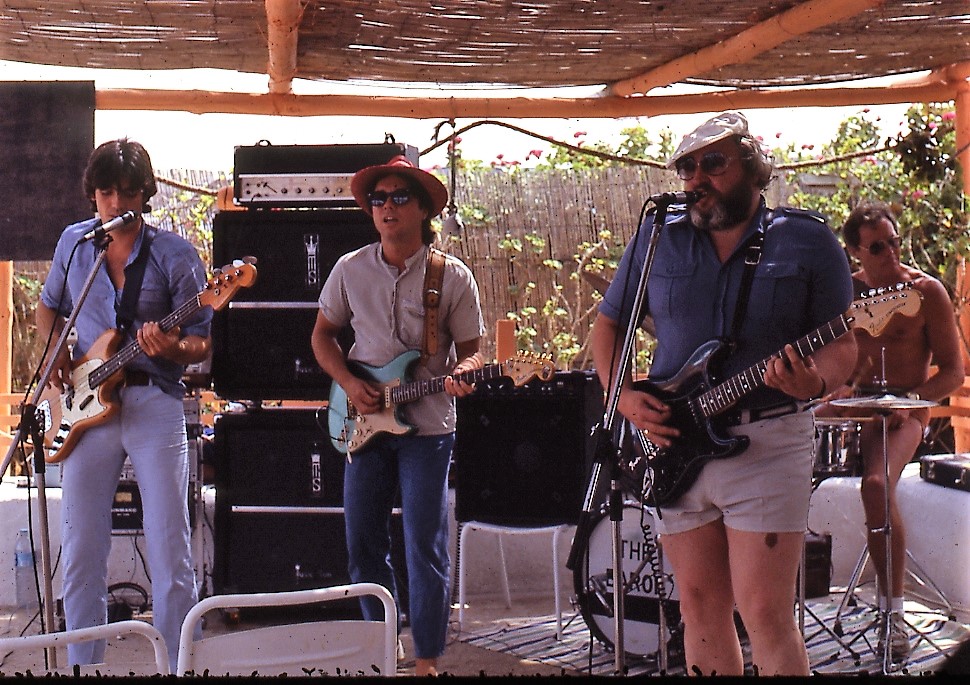 occan and Colombian, the fourth largest group of foreigners currently living in Spain are the British at precisely 282,124 souls.

Maybe. That's the figure from the padrón - those who are registered in the town halls across Spain. Other painstakingly accurate figures for the Brits are quite different. The Government claims 407,628 Brits living in Spain. Statista reckons on 313,975 and the ABC newspaper goes with 290,372.

Why are the figures so different (and so painfully acquired)? We imagine teams of dedicated beancounters adding up numbers each time they go to the market, the expat bar or the dog pound. And then, to show they weren't making it up, they arrive at those ridiculously exact figures before locking their desks are rushing out for a coffee.

There are other official government sites available, but the browser found a ‘potential security threat and did not continue to www.mites.gob.es’. So, we shall remain blissfully ignorant of the information to be found on that no doubt highly useful page.

Then we have headline from  a silly English-language newspaper from last October which claimed that British expats are said to be leaving Spain "in droves"; while, conversely: the property site Idealista was posting the opposite: ‘The Brits bought 7,560 homes in the second half of 2021 – the largest group of foreign buyers’, they said.

With all the confusion, the authorities will understandably react according to the figures to hand (once they’ve successfully looked up the phrase ‘in droves’ in the dictionary), without worrying if they are correct; or maybe just go out for another coffee instead. Of course, looking out of the window in an office in Madrid, one won't see many Northern European residents. They tend to live in a wash of small pueblos along the coast and on the islands. Even then you probably won't notice them - or confuse them with tourists - unless you happen to be trying to sell something to the director of the local medical centre.

In all, nearly 64,000 homes were bought by foreigners between July and December last year. And that’s good money brought here almost exclusively from outside Spain.

So we come back to our original doubt - why does Spain chase the foreign tourist and ignore the foreign resident?

Rather than try and figure out the number of foreign residents who are retired or live from funds from abroad (including a clutch of wealthy Americans, some rich Venezuelans, a few idle Chinese and a sprinkle of superannuated New Zealanders), but not Tommy who works at the campsite, we can only choose a wildly inaccurate number – say 500,000 – to contrast with the tourists, whose statistics thanks to the enormous machine dedicated to surveying them we know down to the last digit.

Figures suggest that the average age of this sub-group of half a million – that’s to say, those who live comfortably in Spain without employment – is around 61 years old, against tourists who are (I’m diving through the INE records) maybe 20 years younger.

Then of course, residents often take trips within Spain – not to all-inclusive hotels on the beach, full of fellow-Brits or Europeans, but to more expensive destinations, such as the Parador hotel chain or to fancy restaurants, or to areas away from the sol y playa; which makes them, in the eyes of the Spanish authorities (if only briefly), tourists.

So, if the money spent by just the wealthier foreign settlers – 500,000 multiplied by a year’s worth of living – is contrasted by the amount spent by the tourists, then the residents are clearly a group to treasure. At 20,000€ a year (my guess, and we shall ignore the major investment of buying both a 250,000€ house and a car) that’s 10,000,000,000€ per year spent by the higher end of the resident foreigners in Spain. The average visitor, here for five days rather than 365, is going to be worth a lot less.

But you won’t find any official agency or policy that promotes foreign home-buyers investing in Spain!

Tourists, then, are described as anyone foreign who comes to Spain (even if they are taking an onwards flight to somewhere else and never even leave the airport), plus all the people on all the cruise ships – regardless of if they disembark for a two-hour stroll around Málaga harbour or not – plus all the people who hop over to Spain every weekend (add ’em all together José), but not the ones who drove across the frontier or who slept in the guest room last night or on the sofa.

Then we have those non-EU citizens (now including a large number of Brits) who own homes here are but aren’t allowed to stay for more than 90 in any 180 day period. What are they exactly – residents, home-owners, tourists? No one knows or seems to care – except of course for the affronted local businesses.

Following the pandemic, we now have a terrible war and next up perhaps, a tourist bombing, or an earthquake, or something poisonous in the water. Maybe Portugal will drop its prices or Greece will give free ouzo to visitors. Tourists are just fine, they leave money and go away with a sunburn and a hangover. But they are finicky, and without any obligation or an emotional link to return.

But the residents will stay. They have an investment in Spain: their property.

Why can’t the authorities see this? There is so much more opportunity in this field.

The Partido Popular now has a new leader. This, following the party congress in Seville over the weekend, is the hard to pronounce (and spell) Alberto Núñez Feijóo, the erstwhile President of Galicia. 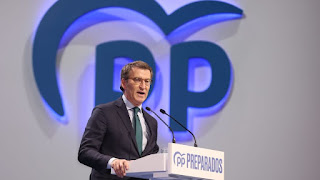 The north-west region of Galicia has sent to Madrid a number of leaders over the years, notably both General Franco and Mariano Rajoy, plus another seven presidents of Spain since 1900 (here).

One of them, Gabino Bugallal, only lasted for five days in power back in 1921 says Wiki.

Winners must have losers, and in this area we have the previous leader of the party Pablo Casado, who has announced that, like Albert Rivera (another Young Turk over at Ciudadanos) before him, he is to leave politics.

A second loser was the person who engineered the departure of Casado, the flamboyant President of Madrid Isabel Díaz Ayuso, who is currently flailing about trying to distance herself from any accusations of collusion with her brother over some allegedly juicy commissions. No doubt it will all blow over, once she accepts Feijóo’s leadership.

Besides the satisfaction no doubt felt in Galicia, Andalucía also has cause for celebration, as their politicians Elías Bendodo and Juan Bravo join the national team as PP party coordinator and shadow tax councillor respectively.

Feijóo, we read, will offer supporters a party that charts its own course without cultural wars, "children's games" or empty patriotism.

Will Feijóo’s opposition be more effective than that of the callow self-serving ‘against everything’ Pablo Casado, who spent more time trying to discredit Spain in Brussels or vacuously insulting the Government of Pedro Sánchez (YouTube: ‘When the f**k are you going to do something?’) than in trying to offer any solutions to the difficult times of the past two years?

As a right-wing commentary notes, Feijóo will offer the hand of friendship and collaboration to Sánchez, so that he won’t need the support any longer of communists, Catalonian independents or Basque pro-terrorists to govern (I said it was right-wing). The advantage of this is to bring the PP back into centre-country, to agree on those points which can be found to exist in common with the socialists, to provide some much-needed stability at home and at the same time to perhaps isolate or at least slow down the ascent of the Voxxers.