The Issue of Brexit for the British Expats in Spain 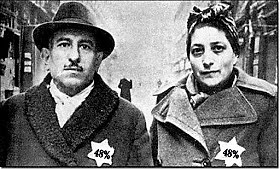 It seems like it only took a few minutes before the British ex-pats in Spain started to react in horror to the result of the referendum held in the UK in late June 2016 – look at that, they said: the bloody British electorate have ditched us.
We may not be Falkland Islanders, but we had still expected a slight bit of concern from our fellow-Brits trapped over there in the xenophobic atmosphere of 21st Century UK. After all, we did put in our time there alongside them at one point (before a sensible and well-planned exit to a far better place to live). We still have our British accents, our British pride and our British passports - although it looks like, in the not too distant future, only our accents will remain.
How could they have been so stupid?
Well, they were and we are stuck here in Spain without a lifeline. We can hardly sell up and go ‘back’. Firstly, the high price of a home over in the UK would have us all ending up living in protected housing in Anglesey. Secondly, who on earth would want to live in a society that appears to be inspired by the early days of Nazi Germany?
So, over in Europe, we British ex-pats are in shock. Will the Boris creature start laying fresh new rules on the Europeans living in the United Kingdom? Work permits perhaps, or special new registration, or visas or quotas, or even, in certain cases (penury would be an obvious example), deportation? We worry because the European authorities, with their affronted electorate’s insistence, would do precisely the same to us.
We have learned that we are little more than pawns in the politics of ‘Brexit’.
But remember this London: you really don’t want one and a half million indignant ex-pats all being sent back to your tender care. Imagine the reaction of your home-grown Nazi groups and their critical posts on Facebook!
From another age, from another fall-out with those who no longer wanted to be British, a quote: “The distinctions between Virginians, Pennsylvanians, New Yorkers, and New Englanders are no more. I Am Not A Virginian, But An American!”― Patrick Henry.
Friends, I am a European. 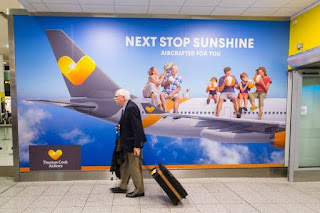 Thomas Cook, the world’s second largest travel company, has closed operations, leaving a huge number of travellers stuck in hotels and airports around the globe. El País says ‘The collapse of the British travel group Thomas Cook has delivered a massive blow to the Spanish tourism industry. Around 3.6 million passengers travel to Spain on Thomas Cooks’ regular and chartered flights each year, the majority of whom (3.2 million) fly to the Balearic and Canary Islands, according to data from the Spanish airport authority AENA. The British travel group also works with 20 hotels in the Balearic Islands, 20 in the Canary Islands and six in the rest of the country, according to the company’s webpage’.
There were some 70,000 passengers in Spain when the company pancaked.
Thomas Cook invented package tours, offering visits to attractions by train in 1841 between certain British cities. It grew from this small beginning to a huge tour company, until its dramatic end on Monday.  ‘...Around 9,000 UK staff and 21,000 worldwide were left without jobs and 600,000 customers left abroad, triggering the UK's largest peacetime repatriation’ says Wiki here.
What caused the collapse? An article back in May from The Independent says ‘Thomas Cook blames Brexit uncertainty as it announces £1.5bn loss’. So, there’s that. Beyond the politics of course comes the greed. From The Guardian this Monday: ‘Former Thomas Cook bosses under fire for excessive pay. CEOs of the collapsed travel firm received more than £35m in 12 years despite financial woes’.  Then we read of hedge funds making a massive killing out of the death of the company.
The Guardian again: ‘UK ministers accused of sealing Thomas Cook's fate. Offers from Spain and Turkey to save firm reportedly had no support from Westminster’.
As for Spain: ‘Goodbye to Magaluf? Thomas Cook's bankruptcy threatens 'drunken tourism'
The company that just went bust was one of those that offered this type of 'low cost' tour packages for the British’ here and ‘Thomas Cook's bankruptcy will impact "dramatically" on tourism in Spain’, noting that ‘...It will have a "dramatic" impact on the Canary Isles tourism sector, as stated by the Federation of Hospitality and Tourism Entrepreneurs of Las Palmas. But not only in the Canary Islands. Spain is the main destination for all-inclusive operator customers. Aena figures at 3.6 million customers that the different airlines of the group sent to Spanish cities during the past year...’. An article from Las Provincias here. From a sad Facebook post: ‘Thomas Cook have ceased trading. I have just rebooked flights to come down and they have gone up £200 since Saturday. Be prepared for high increases’. Finally, El País looks at ‘Operation Matterhorn’, the repatriation of 150,000 clients and a million holidays booked. The thought is (as another Facebook posting notes), thank heavens for the EU rule ‘Package Travel Directive 2015/2302/EU’ that protects European travellers for cancellation, repatriation and refunds.


Later (From Business over Tapas Nº 320): The untimely collapse of Thomas Cook continues to throw up stories from the media. A few of them follow here:
·Thomas Cook directives took six million euros out of the hotels in the Balearics two days before the crash says Última Hora here.
·‘At least 500 hotels to shut down imminently in Spain after Thomas Cook collapse as tourism boss begs Ryanair to pick up slack in winter sun flights’. The Olive Press here.
·The Daily Mail provides a hatchet job on one of the previous bosses at his Spanish mansion here.  Not that anyone is going to feel sorry for the fellow, who they say earned 17 million pounds in his four years at the company.
·’Ryanair tripled the price of its flights to Mallorca and the Canary Islands after the bankruptcy of its rival Thomas Cook. Prices sky-rocketed from the United Kingdom to the Spanish islands only hours after the tour operator collapsed’, says El Español here.
·The Guardian says here that ‘Thomas Cook was brought down by incompetence, not boardroom greed’.
·From El Confidencial Digital comes ‘9,500 dismissals of drivers, tour guides, rent-car personnel ... thanks to the bankruptcy of Thomas Cook. The fall in activity due to the closure of the tour operator is causing the early termination of contracts, especially in Andalucía, Catalonia and the Valencian Community’.
·From Preferente here: ‘Thomas Cook: 500 hotels in Spain to close immediately. Of those 500 hotels, 100 depended exclusively on the British tour operator, while in the other 400, the volume of customers ranged from 30% to 70%. Official estimates estimate the amount of outstanding debt stands at 200 million euros’. 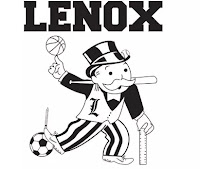 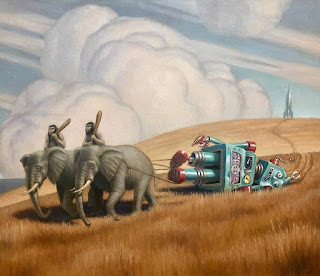 Thursday's Editorial: Rather than comment on the hellish subject of Brexit as it will affect – indeed already is affecting – the UK, since British BoT readers will have an unshakable opinion on the subject one way or the other while foreign readers remain bemused, we can only look at the results as these will affect us from outside the deck: the Britons living in the EU-27 and the Europeans in the UK both.
As for those who are married to a foreigner, well God help us all!
‘...Boris Johnson’s decision to prorogue parliament could complicate Britain’s relations with the European Union by “delegitimising” his government’s no-deal Brexit policy in European eyes, according to Norbert Röttgen, chairman of the German Bundestag’s influential foreign affairs committee...’ says The Sunday Times (here). Yes, it may be bad for European affairs (like Catalonia leaving would be bad for Spain) as the EU would be smaller, with less population and GDP; but the effects of high politics is about the people who are caught up by them – not the governments and their statistics.
From El País in English comes ‘Brexit is a recurring nightmare for many of the 3.5 million EU nationals living in the United Kingdom and who, for the first time, do not feel so welcome in the country. When Britain voted to leave the European Union in the 2016 referendum, most EU residents in the UK were unprepared for the result...’. Indeed, as noted in El Español here, between one thing and the other, ‘Brexit has poisoned the lives of five million people, says the British living in Spain’.
We Brits in the EU-27 are (vaguely) thought to be around 1.2 million, although nobody seems very sure.
Not that all the Brits resident in Spain are against Brexit, as The Olive Press discovers here, although they probably should be, as we learn more.
Now, we shouldn’t panic and start building false doors in our attics (and start keeping a diary), but it does appear that we are not particularly treasured by our hosts, and a push against Europeans from London would probably mean a similar push against the expatriate (or immigrant if you insist) Brits in Europe. The difference being, most Europeans in the UK are there to work, while many of us here in Europe – Spain and Portugal in particular – are here to retire, or to take it easy, or are on the run from some unpleasantness.
Soon, Brits tourists will need visas, GB stickers on their cars and, as The Guardian says, ‘...to be prepared to wait for four months before you can take your ferret on holiday with you...’.  A useful site called Get Ready for Brexit comes from HM Gov here. For residents (those with the green letter from the immigration police), things may be a little easier, but only because there are less of us and no one has got around to considering our future (so nice to hear when you are retired). However, there may be a freeze on pensions from London from next year.
A Spanish TV channel helpfully showed V for Vendetta (trailer) the other night (the Guy Fawkes with the ‘anonymous’ mask movie). Innocent fun, no doubt.
Boris Johnson wants to resolve the Irish border issue (except that Europeans would be able to stream into the UK over a non-existent Irish border), but the UK has another European border which also needs resolution. The one with La Linea.
Whether Brexit will be better for the UK (honestly, who believes that?), it certainly won’t be for the Brits living in Europe.
Posted by Lenox at 09:36 No comments: