We live in interesting times. The American elections are just a month away, and it’s not sure who is going to be left holding the field following the result. The one with the most votes? Perhaps not: ‘…All the evidence, literally, all if it, lines up behind the proposition which is that Donald Trump may win, he may lose, but he will not, not now, not ever concede that he was defeated in the election…’ says The Atlantic here. The writer of the piece, Barton Gellman, is interviewed in a video here. NBC News has a similar story: ‘"We're going to have to see what happens," Trump said…’.

As far as ‘the most votes’ goes, the peculiar American system uses the Electoral College for each state’s decision (and the Supreme Court to rule on the details of who votes and how), and as Slate says here (while worrying about the recent Trump’s Supreme Court nominee), ‘…As has been noted many times over this past week, the Republican Party has lost the popular vote in six of the last seven elections and yet appointed 15 out of the last 19 justices…’.

Still and all, that tax story has got to hurt…

Compared to other threats that currently threaten our peace, Covid, Brexit and the ghastly prospect of Sober October (gulp!), a possible meltdown across the pond might end up as more than a footnote in future history books.

And so to Spain, where we also have problems with our Supreme Court (it’s too long been in conservative hands), with Catalonia (where the president has just been defenestrated), Madrid (where the regional and national government are quarrelling over whether to put the whole city in lockdown), the outing of Mariano Rajoy (accused in the Operación Kitchen of being party to the PP’s covert police operations),  the possible end of the Monarchy (Juan Carlos quietly brooding in a hotel in Abu Dhabi as the Government of Spain writhes in embarrassment), an absurd motion of censure (the PP and C’s will both vote against Vox’s candidate, and even if they voted for him, it would still fail) and finally, the likely Spanish 2020 deficit and financial meltdown. 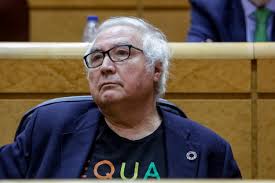 The Minister for Universities, the normally obscure Manuel Castells, said this week in parliament "Este mundo, sí, este mundo se acaba". "I have written 45 books about the world, about how things are going", he says and then he categorically assured: "I believe that the world as we have known it is in danger, and I am not saying that it is over, but this world is, this world is over". Antena3 has the video here.
Posted by Lenox at 11:07 1 comment:

How many pairs of tights fit in a drawer?

'Fashion is not something that exists in dresses only. Fashion is in the sky, in the street, fashion has to do with ideas, the way we live, what is happening'.

The local news is that the big Zara fashion store has pulled out of the Almería high street. The same company owns Pull & Bear who said this week that they, too, are closing their local store forthwith. This is all very sad (especially since, after twenty years of dithering, El Corte Inglés finally announced this week that they aren’t going to put a superstore in the provincial capital after all). Indeed, the main street, known as El Paseo de Almería, is increasingly bare, with even the banks which have lined it for the past couple of decades speedily merging and closing branches (and, needless to add, dismissing staff).

Zara and its sisters – Zara Home, Massimo Dutti, Pull & Bear, Bershka, Oysho, Uterqüe, Lefties and Stradivarius are increasingly moving their business online. Less employees, lower costs and easier to run. The man behind the company (Wiki) that owns the different fashion chains (plus a gigantic real estate portfolio) is known for being the sometimes wealthiest man in the world (October 2015) – he’s currently sixth – and also as the wealthiest man in Spain, with 58,685 million euros reportedly stashed under the mattress. The second wealthiest person in Spain is his daughter Sandra (Wiki) with 5,700 million euros to her name. The Mercadona owner Juan Roig is third.

The Spanish are a bit ambivalent about Amancio Ortega. He makes his money with hard work (having started out at 14 sewing in a clothes store in La Coruña) and good accounting skills. His clothes are made in third world sweat factories and his taxes are said to be cleverly handled (oh, to be a millionaire!). He does, however, feed something back to the public in the shape of occasional philanthropic donations to hospitals.

But, is it healthy to be so wealthy? A man who makes more in an hour than the rest of us in a lifetime and yet lives quietly with his second wife in an apartment in La Coruña?

A major part of that wealth comes from demand for his products. We love to shop in his stores (or virtually on his web-pages). We will happily pay more for his branded products. 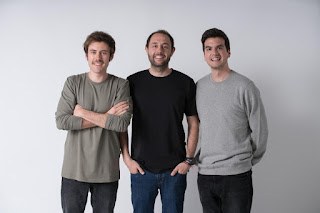 Another Spanish clothing manufacturer of interest (at least to Business over Tapas), located at the other end of the spectrum, is called Minimalism. It’s described as ‘…the Spanish brand that opposes the textile industry: clothing without logos, "made to last", with organic fabrics and transparent costs'. The dowdy but well-made clothes are prepared in Guimaraes, Portugal (rather than Bangladesh). They say: ‘Don’t buy what you don’t need’.

Their webpage (in English) is here.

Should We Be Worried about the Antics of Boris Johnson?

This tragic and ill-considered shambles currently going on in the UK is going to hurt that country far more than it possibly could the rest of the EU. ‘We shall break the law, but only a little bit’ says the Northern Ireland secretary to the House of Commons as the Government passes the Internal Market Bill, a bill intended to break not only a law but also a treaty. Another front that concerns the EU is the possible opt-out from the Human Rights Act, which could prevent many migrants and asylum seekers from using the legislation to avoid summary deportation from the UK.

One rogue state will not bring down the EU, as some Brexiteers hope, but neither will it be allowed by Brussels to get away scot free. And an easy target raises its worried head in Marbella, in Benidorm and in Mojácar…

As The Irish Times notes, ‘The EU keeps calm and carries on as the UK wrestles with itself’. The no-deal possibility has become pretty much accepted across Europe as almost certain.

A reader sends us this remarkable item from The Telegraph (here): ‘Britain needs to stand up for its rights and not bow to the Brussels bully boys. While we have been playing cricket with a straight bat internationally, others have been playing dodgeball’. On the other side, an editorial in The Huff Post asks ‘Just WTF Does Boris Johnson Think He’s Doing?’, adding ‘…the wider issue is just what damage is he doing to his own reputation, to that of his MPs, his party and his country in the process?’.

We meanwhile read of potential and massive queues of lorries in Kent as Boris Johnson's controversial bill to override parts of the Brexit deal has cleared (apparently) a major hurdle in parliament.

All this despite a Tory former cabinet minister warning of "incalculable damage to our reputation all around the world".

All of which must be considered as a great and inexplicable tragedy and only that – if it didn’t have the potential to once again put the everyday lives of many Brits living in the EU-27 at risk.

So far, the EU has confirmed that the EU will stand by the terms of the Withdrawal Agreement, which include a prohibition on the suspension of the citizens' rights parts as a result of the other party being found to have breached the WA (in whatever way). So far.

El Confidencial echoes the fatalism and indifference of the Europeans: ‘From erroneous beliefs to fatal miscalculations: Brexit enters the impasse. The UK has misjudged its cards and has embarked on a move that could end in a no-deal Brexit. Far from getting attention, indifference has deepened’. The British Brexit champions ‘never learn from their errors’ says the article.

But what of the Brits living (in some mild concern) in Spain? The Local (sometimes Paywall) quoting British in Europe says (or here, or original pdf here): 'All certainty has vanished' for British citizens living in Europe’. An excerpt: ‘…In January 2020 we finally hoped that the signature and the ratification of the Withdrawal Agreement meant that our worst fears would not be realised and that we would at least salvage enough of our rights to live our lives broadly as before and have relative certainty about what those rights would be.

We knew that implementation would be challenging in all 30 EU and EEA countries plus Switzerland but hoped that with good faith on both sides most of us would finally have some peace of mind about our futures by the end of 2021 at the latest…’.

But, you know, we never were all that important to either side: a point worth remembering.

It's Time to Switch Focus 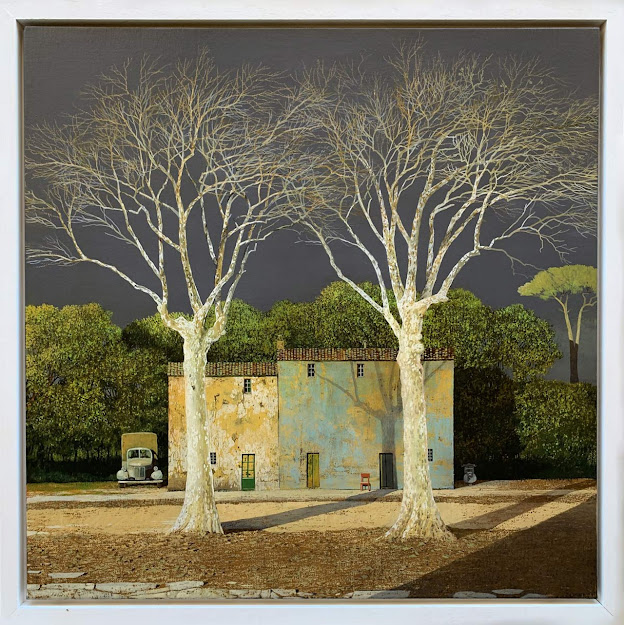 Domestic tourism is down and International tourism (where the money comes from abroad) is very down indeed. We think that Spain should smell the coffee and spend more time looking for foreign property buyers and less time listening to the hoteliers. There's no ministry or purse or spokesperson or international property fair or agency or promotion, but one foreign resident, living from his pension or his teleworking, with his house and his car and his permanency, is worth more to Spain than a hundred tourists.
And he takes up less room.
And he will be here next year.
And he won't be sick in the garden.