The Anti-taurino Agenda in the Brit Media

It's an odd thing about the local ex-pat press - the only time they mention bullfighting is when something goes wrong and a bullfighter gets hurt or killed (The Weenie is currently harping on about an incident at Madrid's las Ventas).
Are we to understand that the ex-pat press, printed and run by foreign journalists (and, er, other people), look down on the Spanish and their traditions?
Or perhaps they would like their readers to emulate them.
Posted by Lenox at 06:17 No comments: 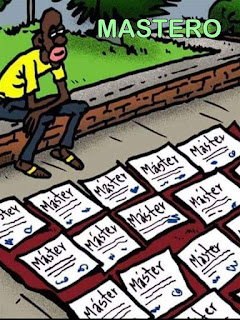 It all started with an arrest for shoplifting. It wasn’t much, just a couple of pots of face cream from the local supermarket, and the whole thing was hushed up afterwards. A couple of years later, the shoplifter, Cristina Cifuentes, president of the Madrid Community (and of some 6.5 million souls) was found by a then obscure left-leaning news-site, eldiario.es, to have fudged her Master’s degree. Not much happened as a result, since Ms Cifuentes, being a politician, had ‘immunity’, and anyways, her party – the Partido Popular – didn’t see it as anything of special importance.
In fact, she only resigned – four months later – when a far-right news site, OKDiario, published a copy of the Eroski video of the embarrassing theft by Cifuentes of the two pots of cream (RTVE video here).
Ms Cifuentes had obtained her Masters from the University of King Juan Carlos, and it gradually became clear that she was only one of a group of politicians (and, one can assume, captains of industry) who had earned themselves Masters without the formality of having properly studied for one.
The first name that came up was one of the leading candidates to take over the Partido Popular from Mariano Rajoy following his departure from politics (a motion of censure over the PP’s infamous corruption had seen the end of his presidency) Pablo Casado, who took over the leadership of the PP, and made light of his masters degree. Again, he had immunity, and his supporters frankly didn’t care what he might have written on his résumé.
Within a couple of months of the PSOE taking over the running of the country, the Minister of Health Carmen Montón was found to have also been a recipient of the URJC’s particular policy regarding titles. She quickly resigned.
Following this, Pablo Casado attempted to show that Pedro Sánchez also had a dodgy masters (from another, rather more reputable university), and when that proved false, that he had improperly copied some text – plagiarised - from another source in a book he had written.
Then it came out that the leader of Ciudadanos was changing his own profile regarding his titles. The only political leader who seemed safe from this witch-hunt being the fellow with the pony tail Pablo Iglesias, the leader of Podemos, because his other job is a university don.
The URJC, by now looking a bit tawdry, was then found to have sold titles to five hundred Italian engineers for the modest price of 11,000€ a pop.
Pablo Casado, the PP leader, was threatened with an interview with the Supreme Court, but – as the eldiario.es has suggested a shade waspishly – several of the judges there were placed by the last PP government. Casado, we hear, and to the relief of the Populares, has no case to answer. Nevertheless, and despite support from every newspaper from El País sideways, Casado is quickly slipping into a difficult position regarding his reputation.
We think he’ll be gone within the month.
Posted by Lenox at 01:15 1 comment: 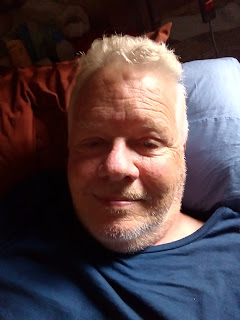 We had a great holiday, a week off in the north of Spain - a small farm on the coast near Guernica followed by a couple of days staying with friends across the estuary from Santander. The long trip north meant a break in Aranda del Duero, famous for its mutton; and on the way south, we made it as far as La Carolina where there's a good hotel too.
Disaster struck within an hour of arriving back at my companion's stables. I was watering the horses and got in a tangle with the hose and a kind of DC current bearing wire which is meant to stop the critters scratching but in this case was used to give me a powerful, and watery, shock - punching me into the soft ground of horsepoop with such a push, that my ankle broke in several places.
We went to the local hospital El Toyo for X-Rays, and then on the main provincial hospital, Torrecárdenas, which in turn decided that since I live in Mojácar, I should be in Huercal Overa. So I went there in an ambulance. The next morning, I had my first ever operation (I have spent probably six months in various hospitals with Barbara over the first decade of the century, but always as the person who sleeps on the iron chair next to the bed).
Nine screws in my bones and a plate. The operation was carried out with a spinal injection and I was in a bed with a little windshield made of a sheet so I couldn't see the show.
After 24 hours in hospital, I was released to my companion's tender care and have been lying on her couch ever since.
This is fine, and no complaints from me. It's true that to get about, I need a wheelchair (no crutches for a month), and the chair in question is rather one of those used for old folk with four small wheels which, while taking me to the lavatory easily enough (I use my other foot for propulsion), it won't make the step up into the kitchen and its magical fridge.
So I read, and try and write (this is done, very slowly, on an Android). Bad Luck...? or Good Luck to have made it thus far...
Posted by Lenox at 11:24 4 comments: