Melilla and Ceuta (and not much else)

Many centuries ago, Spain was one of the European powers that sallied forth in conquest of unknown lands. Hundreds of years later, most of those territories had gained their independence – either through politics, war or Yankee Imperialism. Wikipedia has a good article on the subject here. The last to go were a few bits of Africa (Wiki) – Sidi Ifni, Spanish Guinea and the Spanish Sahara (now called Western Sahara). The only remaining bits of a once immense empire today are the Canary Islands (Wiki), Melilla and Ceuta and a few tiny uninhabited islands of the Moroccan coast. 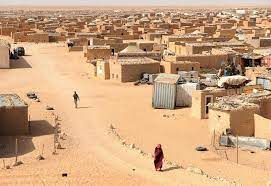 The Western Sahara was taken by Morocco with the famous Green March as Franco was breathing his last, and a troubled Spain promptly withdrew from the territory (the Green March itself wasn’t much more than a couple of kilometres public foray into the territory in November 1975 – Wiki). The inhabitants of the region, the Sahrawi people, have claimed independence ever since, while being largely ignored by both the Moroccans and the Spanish. The USA recently reaffirmed its support for the Moroccan claim over the territory. Their only ally appearing to be Algeria.

All well and good.

Now, as Morocco has been ratcheting up its claims over Melilla and Ceuta, and following a 2007 Moroccan plan to turn the Western Sahara into an autonomous region, the Spanish Government has decided to drop any (paltry) support for the Sahrawi people’s independence in exchange for Morocco leaving Melilla and Ceuta (and its 160,000 Spanish residents) in peace. In turn perhaps, Gibraltar (Pop. 33,500) too can breathe a sigh of relief.

Spain’s official change in its policy regarding the territory is here, and as El País says – the ten month conflict between Morocco and Spain is now over since ‘…the Spanish Government has abandoned its traditional position of neutrality in the Sahara conflict and has taken sides with Rabat, considering its proposal for autonomy "as the most serious, realistic and credible basis for the resolution of the dispute" in the former Spanish colony…’

And as Mohammed VI says, ‘this will inaugurate an unprecedented stage in relations between our two countries, based on trust, transparency, mutual consideration and respect for commitments’. EPE says that the agreement ‘means that Morocco will desist from its claims on Melilla, Ceuta and the Canaries’.

An indignant article at el.Diario.es here however says that ‘The Government has remained silent, even those who speak up on every occasion, until once again selling out those who by right we have to protect. Sahara is our Palestine, an honourable and mistreated people for which we are responsible and for whom we are ready to betray as soon as realpolitik squeezes our necks a little’. Izquierda Unida and Podemos both reject the agreement, and say that the only solution to the Saharan issue is a regional referendum.

El Español reports that ‘The Polisario Front accuses Sánchez of "succumbing to blackmail" from Rabat and labels Spain’s position as "hypocritical"’. The ECSaharaui understandably goes a little further. ‘The Polisario Front warns that Sánchez's decision will legitimize repression, war crimes and crimes against humanity’. The Algerians call it ‘Spain’s second betrayal of the Sahara’ says El Huff Post here as the Algerian ambassador to Madrid is recalled to Algiers for consultations. On the brighter side, after ten months away, the Moroccan one is now back in Madrid.

A summary of the advantages for (almost) all concerned is here. Morocco gets the Western Sahara as ‘an autonomous region’. Spain gets Moroccan acceptance of its territories in North Africa plus a commitment to control the illegal immigrants. Algeria can now concentrate on its gas -and later green hydrogen- exports to Spain (and Europe) – or not, as the case may be.

It’s a tricky one for the Far-right. Spanish empire, nostalgia and betrayal on the one hand, yet a load of North Africans who don’t know their place on the other… (And, of course, vice-versa for the far left).

Like millions of others, I was encouraged by seeing the fellow on the TV, the one who describes himself as a woman (despite a plethora of evidence to the contrary), as he won the Women's 500 metres dash down the swimming pool and back, about five minutes ahead of his nearest rival - an athlete of the female persuasion.

Women might think this is unfair - a man wearing a petticoat beating them at their own game - but one must be generous towards those with peculiar sexual kinks and fantasies, which usually starts with painting one's fingernails. Nothing wrong with wanting tits, yes?

Now me, I always wanted to be a dwarf. There's nothing homoerotic about this as far as I can see, but I was born as a short person standing at just twenty-two inches. My father unkindly called me the Pink Dwarf and my size stayed more or less the same until I at least a year old when I suddenly began to shoot upwards to my current, and deeply embarrassing, six foot three. 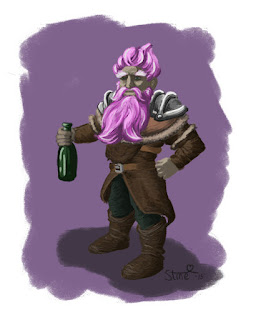 The Pink Dwarf sobriquet naturally disappeared before I was eighteen months old in favour of the Little Shrieking Nit (my initials, as it happens) but - too late - I had been scarred for life.

Being looked down upon by my father - he was an inch taller than me - made me long to return to the delightful days of dwarfdom. So, encouraged by a school-friend, I ran away to join the Tap-dancing Tots, a niche-act in the local circus.

The owners initially said 'no', but the ring-master put in a good word for me, and with the help of a document prepared by a Monrovian notary which declared me to be legally pint-sized, I was in.

The crowds were unkind of course - it's hard being something you're not, as the ridiculous Lia Thomas must know.

But, hey, the money's good.

Arnie and the Russians: Bravo!

Simply the best thing I have seen for a long time.