The Ordeal for the Swallows

Of small interest to the Spanish – and indeed most foreign residents – is the sad plight of those Brits who own property in Spain which they use for long periods; generally over the winter. They are sometimes called in journalistic shorthand ‘Swallows’ and they are non-resident, having no TIE or green immigration-card, they aren’t on the local padrón and, much beyond sundry local impuestos, they continue to pay their taxes in the UK.

Things had gone well-enough for this group as long as they remembered to spend six months a year outside Spain, but with the arrival of Brexit, this changed to a movable 90 days in any 180 limit for the whole of the Schengen area (as it is for any other non-EU citizen).

Now, their plans must be rearranged, and the question comes to them – is it worth it to own a home in Spain that we can only use for three months during the winter season? After all, the whole point was to avoid the UK from October to Easter (Brrr!).

While most Europeans think -if anything- that they brought it upon themselves, the British press has taken them to heart.

From The Express (which has grave doubts about any and all Europeans anyway) to The EWN, with its baffling mix of cruise-ship’s news and British-abroad editorials (why won’t the natives kowtow to us?), we read that something must be done. From The Costa News, a rather more sober newspaper, we find in the letters page: ‘…One change in the Schengen rules could help so many smaller businesses. British (and European) tourists like to visit southern Spain for the winter. Many have even bought holiday homes or take the long trek south in their motorhomes – the counterpart of the American ‘Snow-birders’…’. It makes the point that ‘…The majority of holiday home owners and motor-homers are of retirement age and the warmer winter climes and relaxed lifestyle benefits their health and well-being. So – a boost to Spanish tourism and a reduction of the strain on the NHS’.

It all sounds logical enough – change the rule to allow Britons to stay longer: it’ll help the Spanish economy!

The Spanish authorities aren’t particularly bothered by what they see as the small economy of the foreign home-owners and sundry long-term visitors, and even less so by this particular subset. While tourism is a key attraction to Spain’s GDP – we have a minister, a budget, an agency, endless promotions abroad and the second-biggest tourist fair in the world (FITUR: January 19th – 22nd), foreign residents (who clearly spend more in Spain than tourists do) are blithely unrepresented and ignored. 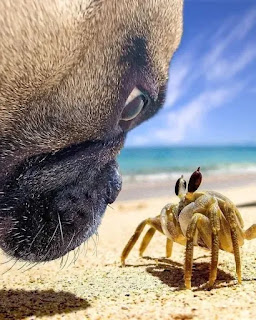 In a country where even the sheep are counted down to the last animal (there are 15,371,420 since you asked), they don’t even know how many homes are owned here by foreigners.

Thus the Swallows are ignored.

It’s a small issue after all.

But not entirely. We hear from The Independent that ‘Valencia’s regional president Ximo Puig has said the time limit should be extended’ and that ‘…the country’s industry, tourism and commerce minister, Reyes Maroto, has started assembling a “mobility” taskforce of Spanish and British embassy staff to find a joint solution to the restrictions’. Puig had also met with the Spanish ambassador to London while attending the British World Travel Market earlier this month. The Majorca Daily Bulletin ran a leader earlier this year titled ‘Fighting to resolve the 3-6 month trap for Britons in Spain. Bilateral agreements can be made, providing the will is there’. The article introduces ‘Andrew Hesselden, who has launched a number of campaigns to challenge and see that this is changed, at least in Spain…’.

One place to find Andrew and his supporters is on the 180 Days in Spain page on Facebook. Andrew says on the site ‘I estimate this issue probably affects more than 1.6 million British “part-year” residents that spend time (and money) in Spain each year…’.

So, not such a small issue after all.

Like the British with their NHS, the Spanish are also fond and supportive of their own national health, the SNS or Sistema Nacional de Salud as defined by the Spanish Constitution (explained here) in 1986 (wiki).

Expatica says here: ‘Around 90% of Spaniards use the public healthcare system, which is called the National Health System. However, it is very decentralized with service delivery organized at regional level. The system is overseen by the Spanish Ministry of Health, which develops policy and oversees the national health budget…’. In short, each autonomous region runs its own bureaucracy within the health system.

And, it’s relatively easy on one’s pocket – as the World Health Organisation says: ‘Spain’s health system is more likely to protect people from financial hardship than health systems in most other European countries’, although, as here, some families are suffering from medical prescriptions and dental bills. The copago system, where the patient pays part of the prescription, can cause financial issues.

But (and there’s always a ‘but’), times are hard and the administrations have problematic finances: in short, cuts are evident everywhere (yes, yes: more taxes!)

This is usually noted by the time between an appointment with one’s local doctor (the atención primaria) and the trip to the specialist.  Weeks or months, depending. A short-cut is to turn up at the Emergencia at the public hospital, who will give immediate hands on treatment as necessary.

It’s also the case that the Spanish medical attention is very good, with first-rate doctors and dedicated nursing staff. Those of us who have been through the system will probably acknowledge this.

Cuts arrive in staffing, equipment, standards, medicine and so on. The conservative regional governments are more inclined to push private hospitals and consultants while the socialist regions might (a trifle unwillingly) encourage the public system. Certainly, the private companies, the health insurance people and our friends at ‘Big Pharma’ are all for private health.

From the cuttings:  ‘The waiting lists in the Madrid health care system grew by 35% in 2021. Almost 800,000 citizens of the Community "wait up to six months to be called"’ says El Huff Post here. 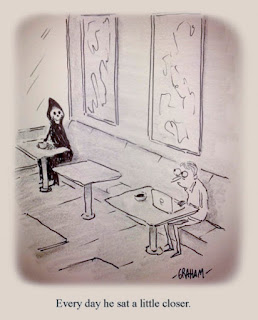 This tends to annoy the health workers as well. From 7Días we read that the health service in Extremadura are ready to strike over their long hours and regional government cuts.

But some good news too: ‘The Government repeals the Aznar law that encouraged the privatization of the Spanish health system. The draft of the Health Equity, Universality and Cohesion Law establishes public management as a "preferred formula" for health services but does not close the door to outsourcing’. elDiario.es here.

Sometimes the public hospitals will send patients to the private ones, but more often, it’s the other way around. Certain equipment is prohibitively expensive and not every hospital has, for example, proton therapy machines (Amancio Ortega has just donated ten of these to the public health).

Finally, as the Covid issue begins to recede, some politicians want to mount inquiries into the high number of deaths in the residencies for seniors during the first wave of the crisis. Other politicians – perhaps understandably – don’t want the subject to be opened. Here the Parlament decides against an investigation (Catalunya Press) and here, Madrid does the same (InfoLibre).