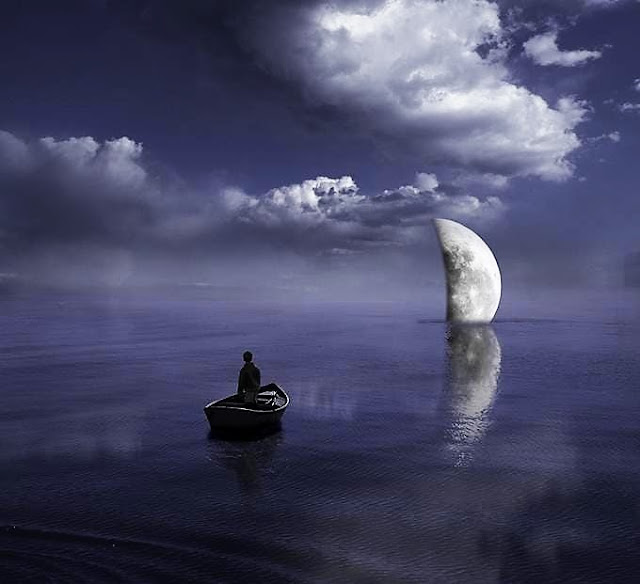 What’s the deal with the Western Sahara? It was one of Spain’s possessions in northern Africa, and, following the peculiar Green March of November 1975 (Wiki) as Franco agonised on his death bed – when 350,000 Moroccans advanced several kilometres into the territory – the region was finally ceded, not to its inhabitants, but to two of the neighbouring countries: Morocco and Mauretania (which dropped its claims in 1989 - Wiki).

Morocco occupied most of the territory, claiming it as a Moroccan province, but was faced with both the indigenous Sahrawi population, who wanted independence; neighbouring Algeria, who supported the armed Sahrawi Polisario movement; and certain international agencies that supported the indigenous peoples, culminating in the proposal of an UN-backed referendum (rumours had the Moroccans filling up the region with somewhat unwilling settlers to help along the eventual vote), which so far, has never been held.

While Morocco claims various bits of its territory held by the Spanish and known in Spain as ‘plazas de soberanía’ (Wiki) – off-lying islets like Perejil, the Chafarinas islands and the isthmus of La Peñón de Vélez de la Gomera (1.9 hectares in size, with a small military presence), and more importantly, Melilla and Ceuta and even the Canary Islands for future discord, the larger and easier prize of the rich-in-resources Western Sahara (it’s about half the size of Morocco) has kept that country distracted.

The Spanish have quietly ignored the plight of the Sahrawi people, beyond inviting many of their children to stay in private homes in Spain during the summer, as the Americans were in support of the status quo. There are sound business reasons for doing so.

Suddenly, last week, the outgoing president Donald Trump gave his nation’s official recognition of Morocco’s claim to the region (in exchange for Rabat recognizing Israel as a nation). Minutes later, the proposed meeting for Thursday December 17th between President Sánchez and King Mohammed VI to discuss illegal immigration was dropped.

The Americans had been involved with the Western Sahara issue from the beginning, and it’s known that Henry Kissinger influenced Juan Carlos I to drop Spain’s claim on the region as ‘the Green March began and Franco slipped into a coma’ (Atalayar here).

With Trump’s ‘surprise’ recognition of the Moroccan claim, the Spanish media went into a frenzy (here).  elDiario.es says that the USA has favoured Morocco for the past 45 years, while Ejercito warns of the ‘imminent regional military supremacy’ of the Moroccans as ‘a grave problem for Spain’. The Moroccan air force, for example, is equipped with ‘better fighters’.

The British quickly backed the American view (‘to isolate Spain on the Sahara question’ says El Español), while Russia (and Sweden) just as quickly rejected the policy.

De Verdad Digital explains here that the American master-plan is to ease tension between Israel and the Arab nations while trampling on the rights of the powerless (‘…the Sahrawis and the Palestinians are twinned in ignominy…’). 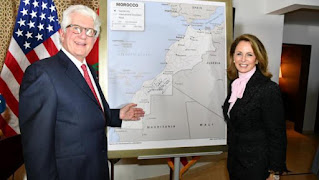 In Morocco, ‘Jewish history and culture have both returned to the school-books’ says Israel Hayom here, and the ‘great plan’ of Mohammed VI to bring fertile growth back to the dry desert with Israeli technology is the subject of an article in El Español here.

The American ambassador to Rabat gave a framed map of the expanded Morocco to the Moroccan king last Saturday (here) and we end with an article from the Spanish-language Sahrawi newspaper EcSaharaui titled ‘Noam Chomsky: Trump makes the criminal occupation of Western Sahara by Morocco, official’.

Later: The Americans announced over Christmas that they will shortly be opening a consulate in the Western Sahara (here).  Meanwhile, the Moroccan President Saadeddine Othmani is now openly claiming Melilla and Ceuta as theirs, to the firm indignation of the Spanish Government.

Standing navies, as well as standing armies, serve to keep alive the spirit of war even in the meek heart of peace. In its very embers and smoulderings, they nourish that fatal fire, and half-pay officers, as the priests of Mars, yet guard the temple, though no god be there. 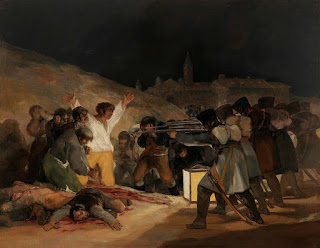 Perhaps a ‘nobody’ – a person who doesn’t run a company or have a high position or is not a teacher, a priest or an ‘influencer’ – can get away with making outrageous claims in public or on the Social Media, but can a retired Air force brigadier?

On the one side, we have two open letters sent to King Felipe VI by a number of senior retired members of the military (112 of them in all) complaining about the ‘social-communist’ government and the threat to national unity, on the other, there’s the WhatsApp chat of their circle which includes some over-the-top suggestions, like ‘executing 26 million Spaniards’ (i.e., those who support the current Government).

‘Spain’s Defence Minister, Margarita Robles, has sent prosecutors at the Madrid regional High Court information about the chat group that supports military uprisings and mass executions’. El País in English has the story here. No doubt it’s all just a jocular and high-spirited discussion without any evil intent. The problem being that the subscribers are all senior military, retired perhaps, but certainly influencers.

While this might be a storm in a tea-cup, it has certainly attracted a lot of interest from the media.

Again, influencers, by their very nature, influence (especially those who naturally tend towards this kind of talk).

InfoLibre broke the WhatsApp story last week. Quotes from their article include the comment from an air-force general ‘There's no alternative but to start shooting these 26 million sons of bitches’ and another says ‘I woke up this morning totally convinced. I don't want these scoundrels to lose an election. No. I want them all and their descendents to die. That is what I want. Is it too much to ask?’ and another ‘Just give me the order… and that’s what I want to say to the king’ then there’s an audio from Santiago Abascal: ‘They tell me that it is mandatory to greet this group. A hug to all and Long live Spain!’.

How about this: ‘I prefer the Republic because we would have more opportunities to repeat the manoeuvres of 1936’?

The RTVE, leading with ‘The retired servicemen had called to "join forces with Abascal" against that "son of a bitch with pigtails" (Pablo Iglesias) and "that Sánchez bastard", has a video and more clips from the conversation here.

LaSer has a copy of a manifesto signed by 400 retired senior servicemen which begins ‘Declaration of Retired Military Figures Facing the Current Situation in Spain’.

This is what happens when you move General Franco’s remains from the Valle de los Caídos (Wiki).

The first letter to the king – who hasn’t either answered or apparently reacted to date – warns of the annihilation of democracy (we must thank Okdiario for this) with the explanation that ‘The latest government attacks on the pillars of Spanish democracy have mobilized a large group of soldiers in the reserve…’.

Something called Brave New Europe has an article called: ‘Proud Fascists of the Spanish Army’s Officers Corp’. As one might expect from the headline, it pulls no punches.

El Español on the other hand, considers the events as ‘sabre rattling’ and without more importance (while introducing the general reader to two of the ringleaders). We read that ‘The Defence Minister Margarita Robles indicated this Friday that the members of these groups "are not active in the military, [but] they want to sow hatred and endanger the monarchy."’. The Spanish Chief of Staff (JEMAD), General Miguel Ángel Villarroya, also spoke on Friday, saying "the opinions of these people cannot be considered representative of the military community".

A radio editorial from Àngels Barceló (LaSer) says that ‘They are not military nostalgics, they are supporters of the extreme right. There’s no joking with this. Neither with flirting with executions, bombings or military coups nor with encouraging these calls or identifying these soldiers as “our people”, as a Vox politician did’.

‘Pablo Casado: "The function of the king is a function of absolute impartiality as a symbol of the State and in the case of Don Felipe that impartiality has been absolutely scrupulous", says the leader of the PP’ here.

(El País in English again): ‘…Deputy Prime Minister Pablo Iglesias has played down the relevance of the statements. “What a few retired gentlemen might say in a chat group after too many drinks does not pose any kind of threat”, he said in a TV interview, adding that the letters put Felipe VI in “an absurdly uncomfortable situation” and that he will surely not even bother to read them’.

Then, on Sunday, a third letter attacking the Government arrived at the Zarzuela Palace, this time sent by reservists from Mallorca…