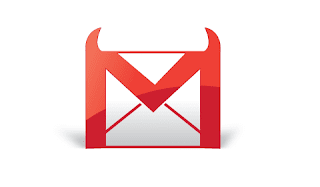 My recent correspondence to subscribers of my news-letter Business over Tapas (which was sent to gmailers, and which they probably never saw):


Dear Subscriber,
Gmail is once again being a nuisance, at least here at BoT Towers where, despite paying a monthly fortune to Movistar, we still enjoy slow copper-wire connection to the latest incarnation of this service from Google (Motto: ‘Something’s not Right’).
Those subscribers of Business over Tapas who have Gmail appear to have found in the past couple of weeks that the BoT has (after five years of peaceful coexistence) now been marked as ‘dangerous’ and sent to the ‘Spam’ file (which is hidden on the left, scroll down past ‘Inbox’, 'Sent’ and so on down to ‘More’ which one must then open to find ‘Spam’). There, among the ‘I seek your consent to handle a business deal with me in my office’ and sundry other improbable entertainments, the latest BoT may be found. Better still, with a red-letter warning – the good people at Gmail having noticed that my bulk mail is full of links to news-sites.
So, to those with Gmail, I’m now sending you BoT from my gmail account, in the hope that fixes it. If not, I’ll be in the ‘Spam’.
To be sure, we haven’t heard of any other email service behaving in the same way.
Un saludo, Lenox

A few readers did receive the news-letter, and a few others found it in the carefully concealed 'Spam' folder. Others, no doubt, neither saw the above, nor the BoT sent to them separately.

One of the readers, who eventually found the Business over Tapas weekly newsletter in his Spam, was me. Here's what the Google people say:

'Downloading this attachment is disabled.
This email has been identified as phishing. If you want to download it and you trust this message, click 'Not spam' in the banner above'.

I'm apparently 'Phishing'! ('Phishing is a cybercrime in which a target or targets are contacted by email, telephone or text message by someone posing as a legitimate institution to lure individuals into providing sensitive data such as personally identifiable information, banking and credit card details, and passwords').

Bastards!
Posted by Lenox at 00:51 No comments:

Catalonia, and the Man Who Heard Voxes.

Catalonia is the elephant in the Spanish room at present, with Vox casting a second baleful shadow across the parquet, perhaps posing as an elephant gun.
The Article 155 (‘In plain English, the article means that if a self-governing community, like Catalonia, has acted in any way to undermine the interests of Spain, the national government will "take all measures necessary" to force it to meet its obligations to the state’ (here).). Inés Arrimadas from Ciudadanos, the leader of the ‘constitucionalistas’ in the region, is keen on its implementation, while Miquel Iceta, from the Catalonian socialist PSC, is less so.
So, how are they doing in Catalonia? The confrontational President Quim Torra now says he wants a Slovenian-style independence, with reminders from all sides that Slovenia attained its, ah, freedom after numerous deaths and a civil war. The Catalanistas say that the deaths were caused by Slobodan Milosevic, who was a Serbian. Other (wiser) voices are saying, wait; maybe we meant a Scottish independence. Meanwhile, if you can believe the right-wing press, the hunger-strikers in jail are secretly lunching on nutritional milk-shakes. Outside of parliamentary debates, the local Republican Defence Committee (CDR) have been taking matters into their own hands this past weekend, blocking then later allowing motorists free passage on the toll road AP-7 (with the Mossos taking no action). The National Government is now considering sending the Guardia Civil to the region to maintain order (at least, as understood by Madrid).
Elsewhere, the rise of Vox in far-off Andalucía, and apparently in much of the rest of Spain, is thought to be down in part to President Sánchez’ apparently weak hand on the Catalonia issue and Vox’s strident call for Catalonian submission and the suspension of the Generalitat. Not that that’s a bad thing for the Catalonian secessionists, where it’s thought that the more they hear of the political threat of Vox in Barcelona, the better for the cause of the Independentistas.
The leader of Ciudanos, Albert Rivera, has offered some supportive deal to the Government if it both crushes the Catalonians and calls for early elections (here), but (as of Tuesday evening), the Government says it will not apply the Article 155 to the troubled region.
So there we are. Santiago Abascal, the Vox leader, wants to see Quim Torra in prison and has signed a complaint for rebellion against the Catalonian leader. ‘He needs to be imprisoned, nothing else will do’, he says emphatically.
Will all of this help return wavering Catalonians return to The Fold?
Posted by Lenox at 08:19 No comments:

The results for the regional elections in Andalucía are in, and things can only be described as murky. Maybe 'apocalyptic' could work. Messy, certainly.
The PSOE-A of la Susanita won, of course, with 33 seats (down from 47 in 2015). Second came the perennial second-placers of the PP, with 26 seats (down from 33). Third place went to the Ciudadanos with  21 (up from 9), well done to them. Fourth came the Adelante Andalucía people (Podemos to you and me) who went from 15 plus 5 four years ago (Podemos plus IU) to just 17 today.
The four parties were presented on two debates on the national TV and were discussed and dissected by the Media to general satisfaction.
But wait, there's more.
The 'far-right' Vox party - which only last week had uncomfortable forecasts of getting a toe into the Andalusian parliament through its Almería candidate - a woman who refused any and all interviews - suddenly blossomed into twelve seats. Fifth place perhaps, but certainly the headline grabber for the election. 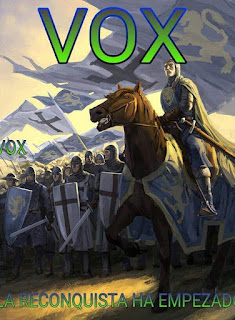 The Vox is not really 'far right' so much as a populist racist fringe party. It only took one city in Andalucía, inevitably, El Ejido, the city of plastic farms and non-voting immigrants.
We are now faced with the unpleasant task of reading Vox' manifesto. Among other projects, they would ban abortions, Canal Sur, women's rights, autonomous regions, illegal immigration (a bugger for El Ejido), and take back Gibraltar. The national leader of Vox is the pistol-packing (literally!) Santiago Abascal (here), and the leader in Andalucía is a retired judge called Francisco Serrano (here).
Now comes the horse-trading. We have the PSOE-A and Podemos short of a majority. They would need Ciudadanos. We have the PP (no longer insisting on the 'most-voted party to rule') keen to ally itself with Vox (which is a sobering thought). The PP/Vox machine would also need Ciudadanos to make up the numbers.
Perhaps the best answer comes from Ciudadanos itself. Despite being third, it could lead an uncomfortable Andalusian government of PSOE-A and PP.
Posted by Lenox at 00:26 1 comment: