The Cortes duly voted on Thursday for the Labour Reform law, but things became very odd. The Government had expected the law to pass, and although the ERC had said they would vote against (an izquierda party voting against labour reform (!) – but that’s politics), the Ciudadanos had agreed to support the measure. Thus, they had their ducks in a row. The vote was held, but then, to the concern of the authors of the reform (and no doubt, the millions of Spanish employees that the law aims to protect), two deputies from another minor party, the UPN, broke party discipline (they had reached an agreement with the PSOE some days before) and voted against the measure, leaving the Government one vote short. The measure had failed! The speaker of the house announced the result (cheers from Vox and PP, groans from PSOE and UP), when… but what is this? Excuse me ma’am, but one of the PP deputies appears to have pressed the wrong button and voted in favour. Chaos. The vote is passed! (Triumphant video here).

The disgruntled Pablo Casado now intends to take the inopportune result to the Constitutional Court. Good luck with that.

The UPN is now looking at the removal of their two duplicitous deputies… It further appears that the two politicians had held a long meeting with senior PP representatives that very same day, and it was clear to observers that the PP had expected the Government to lose the vote. 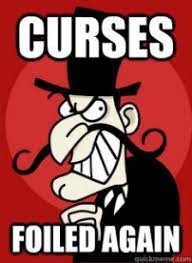 The seat from the UP ex-deputy Alberto Rodríguez remains of course empty (as the party in the Canary Islands continues to campaign against his removal). Thus the Cortes numbers are one short – 349 voting deputies rather than 350.

The involuntary new champion of the workers is a Partido Popular deputy who voted telemetrically from home called Alberto Casero.

The law, agreed by the Government, the unions and the CEOE employers association, brings reforms to worker protections, savaged in a 2012 vote.

From Antonio Maestre at La Sexta, a comic view of the Labour Reform Law vote begins ‘I’m writing this while I have to break off every sentence or two because my sides hurt too much from laughing…’.