The Not Yet Pensioner 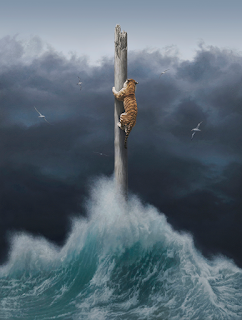 A few months back, being both over sixty five years old and a little short of cash (I was ripped off by some far-from-honourable Brit employees some years ago), it came to my notice that I could get a pension here in Spain.
Now, I have contributed to the system with fourteen years of social security 'autonomous' payments, generally known as 'el impuesto revolucionario', and while you need seventeen years worth before consideration for a thousand or twelve hundred euros or so, anything less is considered to be a non-contributive pension, currently worth around 390 euros per month.
It ain't much, but the wolves are out there.
After getting ripped-off by the rascally employees, and then later by a loutish family-member, there's little left under the mattress.
So, I fill out the forms: yes, yes, no, you're kidding, no and yes, and hand it in to the pension people.
Now, a mere two months later, a fellow called José Francisco says he wants to now how long I've lived here as a resident (it says so right there on the Communitarian Citizens Police Letter which I had sent them, the thing that took over from the Residents' ID Card) and he also wants to know how much, if anything, I get from the UK as a pension. Nothing, not a sausage, nada since I left the place at a Tender Age.
Unlike José Francisco, who can look forward to a couple of thousand a month when he reaches retirement age, I'm fighting here for 392€ in fourteen (!) easy-to-cash annual payments, which will cover the utilities, plus a cheese sandwich twice a year.
So, I've written to some address in Newcastle Upon Tyne asking for them to look me up in their ledgers. I don't have a British ID number, or a social security number either, so I look forward to their reply in interest.
Between this document, duly translated officially, together with a letter from the immigration people in Almería, I shall be ready for Round Two with José Francisco.
Maybe by Christmas.

16 October: Well, sod all has happened so far, with no reply from the British funcionarios in Newcastle. No reply! They only need to say 'Nope, never heard of him', or 'Geez, I hope he isn't deported, destitute, back to the UK, because we won't do fuck all for him then, either'.
I wrote to them twice, then sent an email. But, not a word.
So, I've written a cringer to José Francisco, saying that the Brits can't be arsed to answer, but the bank says I don't get a bean from Foreign Parts, and could he please review my case.
The Fraudsters meanwhile make light of my poverty, but, you know, fuck 'em.