While our local English-language newspapers are full of blethering articles about dogs and day-visits to the cheese factory, the only free local Spanish paper, Actualidad Almanzora, weighs in on heavier stuff. 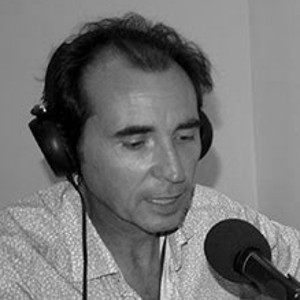 The latest one has articles about the defeat for Rosmari on her plan to build the paseo maritimo through (rather than around) the beach bars; the broken desalination plant in Palomares; the issues with Sierra Cabrera; a political fraud in Carboneras. There's an essay of the murders carried out in Mojácar during the Civil War; the scandal of an illegal brothel with some underage women in Cuevas (thirty arrests) and more...
Most articles are a page in length, rather than a paragraph with a stock picture and a ridiculous title.
Actualidad Almanzora, now a monthly, deals with political opinion across the spectrum, and the editorial pages are open to anyone. There will be an article, without doubt, in the next issue, devoted to the Priors (ten years anniversary of living in a garage on January 8th 2018).
Miguel Ángel Sánchez, the director, is a professional journalist from Murcia. He also operates Vera Comunicación - the local municipal radio. The paper is free, and it is supported by the local Spanish town halls and businesses. The staff also run a blog.
Being a free publication, it must live from advertising - which it does, with many full page adverts from local town halls and political parties from different sides. Perhaps admiration and fear are equally mixed in their support.
The only town hall that won't touch it, hasn't advertised in many years and has no intention of supporting this useful publication, is of course Mojácar. Indeed, the mayoress even went to the extreme a few years ago of banning radios within the ayuntamiento, since some of her staff were found to be listening to the Vera radio.
Mojácar could always start its own radio of course - there's a municipal radio licence already granted by the Junta de Andalucía.
Since the Actualidad Almanzora is actually read (rather than used to light the fire), foreign advertisers might like to take note.
Posted by Lenox at 04:54